As the Senate Finance Committee tours the state seeking public comment from residents and financial viability statements from Pawtucket and PawSox team officials, the Libertarian Party of Rhode Island’s official opposition to taxpayer financing of a new Pawtucket Red Sox stadium has been expressed consistently and clearly at the hearings. The latest voice of reason, 2016 candidate for state representative in District 68 (Warren Bristol) William “Bill” Hunt, Jr. will take up the party’s mantle at the hearing on October 12 at Roger Williams University. The hearing begins at 6 p.m.

“This is not about paying tribute to the good corporate citizenship of the Pawtucket Red Sox franchise,” said Mr. Hunt. “This is about not paying tithes to crony corporatism, and whether we will let government officials once again commit public money to subsidize another private business.” 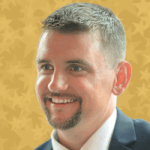 Hunt, a Warren homeowner and insurance professional, said the PawSox proponents would have the Senate Committee and the public believe that hotels and restaurants would not exist in Providence without the convention center as an economic engine. “The truth is these ‘economic engines’ are old, dirty, inefficient, and improperly fueled with taxpayer dollars,” he said.

As another example, Hunt cites the financial advantage enjoyed by owners of the Providence Place Mall since it opened in 1999. Through tax waivers – no tax payments – for the first 5 years of operation, and enormous tax abatements plus $45 million in ‘revenue note obligations’ to ease the owner’s private debt, taxpayers will continue to subsidize the project until 2029 – another 12 years.

“This voice of dissent at the hearings is the voice of average Rhode Islanders who are sick of our elected officials creating special deals for political insiders while not addressing basic needs of our state,” Mr. Hunt said.

“I will urge the Senate Finance Committee, as well as the House Finance Committee and the rest of the General Assembly, to see through the rosy projections and avoid the allure of another boondoggle. With truly pressing issues facing Rhode Island, it is irresponsible to mortgage this state’s future for a baseball stadium.”